The Knock Over - A Sneak Peak for Big Picture High School 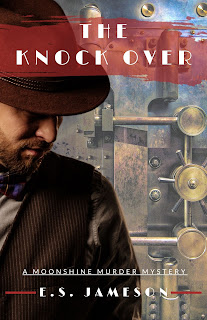 The Knock Over
by
E.S. Jameson


All rights reserved.
Flashlight Fiction
a division of
Paper Trail Publishing
Durango, CO 81301
Published and Printed in the U.S.A.

License Notes
This ebook is licensed for your personal enjoyment only. This ebook may not be re-sold or given away to other people. If you would like to share this book with another person, please purchase an additional copy for each recipient. If you are reading this book and did not purchase it, or it was not purchased for your use only, then please return to papertrailpublishing.com and purchase your own copy. Thank you for respecting the hard work of this author. The characters and events in this ebook are fictional and any resemblance to persons, whether living or dead, is strictly coincidental.
All rights reserved. No part of this book may be reproduced or transmitted in any form by any means, electronic or mechanical, including photocopying, recording, scanning to a computer disk, or by any informational storage and retrieval system, without express permission in writing from the publisher.

Posted by http://esjamesonbooks.blogspot.com/ at 6:00 AM No comments: