Extra Extra Read All About It! 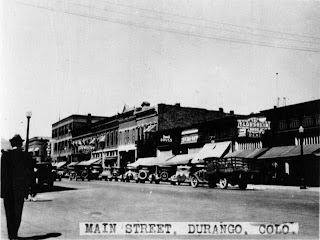 In researching Moonshine Murder, I ran across some fantastic articles in the Durango Evening Herald. For the next couple posts, I would like to share the best quotes and photography. Some are quite comical.


UNDER ADVISEMENT
This morning, John Contoleon was arraigned before Judge Draper on the charge of a violation of the liquor laws. He was defended by Attorney Barry Sullivan while the case was prosecuted by Deputy District Attorney Ja. Noland, Jr., assisted by D.A. W. Bruce
Jacobson. The officers are said to have found about a pint and a half of liquor secreted in the water reservoir of the toilet. Contoleon denied the violation. After the evidence had been
introduced Judge Draper announced that he would take the case
under advisement and would render his decision tomorrow morning.
Durango Evening Herald
February 18, 1925


DEFENDANT ACQUITTED
Attorney Barry Sullivan scored a victory in Judge Draper’s court this morning when his client John Contoleon was acquitted of the charge of having violated the liquor laws.
Durango Evening Herald
February 19, 1925

Posted by http://esjamesonbooks.blogspot.com/ at 10:16 AM No comments: 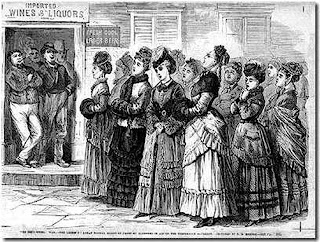 The “Ladies of Logan” sing hymns in front of a bar in support of the temperance movement.
Copyright State Historical Society of Wisconsin
Posted by http://esjamesonbooks.blogspot.com/ at 1:00 AM 2 comments: