Stop by Through The Wardrobe for an interview by Janet Fox, fellow Women Writing the West member and WILLA Literary Award Finalist.


Posted by http://esjamesonbooks.blogspot.com/ at 1:00 AM No comments: 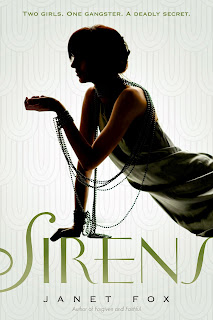 
Josephine Winter, seventeen, is sent to live with relatives in New York City after her bootlegging father receives a threat, but bookish Jo harbors her own secrets. She finds friendship with lively Louise O’Keefe and romance with sweet jazz musician Charlie. But haunted by the spirit of her missing brother, Jo uncovers a nest of family lies that threaten everyone she loves, and Lou, in the thrall of the dangerous, seductive gangster Daniel Connor, is both Jo’s best friend and potential enemy. As Jo unlocks dark mysteries and Lou’s eyes are opened, the girls’ treacherous paths intertwine. Jo and Lou together will have to stand up to Connor in order to find their hearts and hang onto their souls in the “decade of decadence.”

Janet, congratulations on your novel! Tell us where the idea and inspiration came for this book.

Thanks so much, Erin!

SIRENS is a result of my response to a request from my publisher to set a novel in the 1920s. I don’t always say “yes”, but this time it was easy – I’ve always been fascinated by the Roaring Twenties and was anxious to research.

When I start a new novel I try to look for some twist – something different – that will anchor my plot, and the real inspiration for this story came one evening as I was listening to a radio discussion about the magician Howard Thurston and the Spiritualism movement of the 20s. I’m drawn to questions about the unknown, and that seemed like a perfect way to explore something richer about what went on during the 20s, something other than gangsters and Prohibition and flappers.

Why did you decide to write for young adult readers?

Call it a case of arrested development: my mindset resides in those years. These are the books I like reading, this is the age group I feel most aligned with. I remember all too vividly what it felt like to sit alone at the lunch table, or to suffer a broken heart. So I love writing about kids feeling the same things (even in a different era) because, maybe, it’s my way of changing my own past, rewriting my personal history.

How much of the book is realistic?

Well, none of it in the sense that nothing is based on history except the peripheral things like Thurston and the Algonquin Round Table and of course the city of New York. But my characters, including the gangster Danny Connor, are entirely fictitious. But plausible.

When did you first consider yourself a writer?

I’ve been a writer since 3rd grade! Seriously, my first poem was published in my hometown newspaper when I was in 3rd grade, and that did it for me. Ever since I’ve made it my goal to write and publish.

Who/what motivates you to write?

It’s kind of like breathing for me. I can’t live without writing. Or maybe it’s like exercising – you know when you haven’t exercised for a few days and you begin to feel like a schlump, all logy and tired and crabby? That’s how I feel when I don’t write. Like a part of me is missing. I have to go into that mindless and vast space or I would just wither up and die.

Are there any writers (living or dead) that have influenced you?

Almost too many to mention! Every time I pick up something new I’m influenced. I love reading new work and I try to keep current. Suzanne Collins, MT Anderson, Lauren Oliver, Libba Bray...I could make a very long list. I love reading literary, high quality writing, and I favor either historical or fantasy.

What do you find particularly challenging in writing?

If I don’t have a good idea where my plot is going from the beginning I have a much harder time of it. Plotting is my weakness. I’m a pantser, and I like to follow my instincts as I write. So I need to have at least an idea where I’ll end up – a final scene that wraps it all up. Then I can drive for that scene.

But without that point in my line of sight, it can be a real struggle. I’ve read every plotting craft book on the market.

Do you have advice for beginning writers?

Be persistent, and keep working at the craft. Read constantly. Know that you will feel like your work is total bunk, but keep going and believe in your vision. And always write from the heart.

Are you working on another project?

Several! At the moment I have a YA science fiction project going, and two middle grade fantasies. Someone where down the road I have an idea for one more historical YA, but I want to stretch and try some new things at the moment.

Where is the book available?


Janet Fox is the author of award-winning books for children and young adults. FAITHFUL (Speak/Penguin Young Readers 2010), set in Yellowstone National Park in 1904, is a YALSA Best Fiction for YA nominee and an Amelia Bloomer List pick, 2011. FORGIVEN (Speak 2011), set in 1906 San Francisco during the great earthquake, is a Junior Library Guild selection 2011, and a 2012 WILLA Literary Awards Finalist. Her most recent novel, SIRENS (Speak 2012), is set in 1925 New York and is told from alternating points of view of two girls who must confront a gangster and uncover dark secrets. Janet is a former high school English teacher and received her MFA in Writing for Children and Young Adults in 2010 (Vermont College of Fine Arts). Janet lives in Bozeman, Montana but you can also find her at www.janetsfox.com 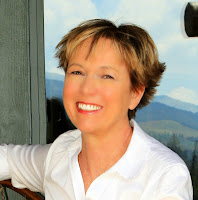 Posted by http://esjamesonbooks.blogspot.com/ at 1:00 AM 3 comments: